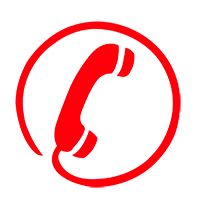 The company the eia

On the morning of August 26, the fun games organized by the trade union of the company were held in Nangang Gymnasium, and more than 100 employees and their families actively participated in the games. The event was jointly organized by the company's trade union and human resources departments, eight competitive events were carefully planned and employees were divided into five teams, to carry out intense and interesting competition activities.

The participants were in high spirits, fueling the competition; the team members all cheered and encouraged the competitors and enjoyed themselves. The scene was warm and lively with the children's ringing cheers and laughter, and the employees were completely free from the pressure of life and work in the sports, thus recreating their youthful vigor. In a relaxed and pleasant atmosphere, all of them stretched their bodies, relaxed moods and enhanced the friendship and team cohesion.

After a morning's tense competition, the fun games ended successfully. The games were not only full of challenges and but more delights, creating many wonderful moments.

Everyone was still drowned in it and expected the next fun games.

-- all the teams are assembling

-- in the heat of the match

-- in the heat of the match